Well it’s been a busy old first year for me at St. Marys, and I’ve loved every minute of it, really EVERY minute!

Well it’s been a busy old first year for me at St. Marys, and I’ve loved every minute of it, really EVERY minute! I’ve been made to feel so at home at St. Mary’s and really made to feel part of the community. Things kicked off in September with the papal visit and a group of us took part in the vigil at Hyde park which really was an awesome experience for all those involved. Throughout February we had our year 11 retreat days. The day was a wonderful opportunity for the young people to spend some time together in their form before the chaos of the exam season. We also used the time to prepare for their leavers mass. This year also saw the set up of the chaplaincy team. The chaplaincy team have done the most amazing job at helping me out with big masses and also taking it turn to lead morning prayers in the chapel. As a little treat for the chaplaincy team some of us went to an event organised by the Birmingham Catholic Youth Service for the Coventry deanary. The event is called ‘Its a Knockout’ and is in its sixth year! We entered two teams in the competition and had tones of fun competing with the Coventry youth groups at things like crate stack, go carts, archery, bungee run, quiz, bowling, lots of team games and races against the clock. The first day ended in a big finale race that saw pancakes being flipped and heads dunked into buckets of water! Neither of the St. Mary’s teams won but as the young people kept telling me ‘it’s not about the winning!’ We then had a bbq and entertainment around the campfire. The day ended with hot chocolate and night prayer, then off to tents for some well earned kip! June saw our first year 9 camping retreat, we went to Viney Hill in Gloucester for three days of Prayer, caving, mountain biking, reflection, kayaking, mass, raft building and much more! A fantastic time was had by all, and the Lord answered our prayers for lots of sunshine! The year 8 retreat to Alton castle took place in July, after a very long coach journey we finally arrived at the castle to spend the weekend in the beautiful Churnet Valley, having lots of fun on all kinds of fun activities with lots of time for meditation and a wonderful celebration of mass. So much more has happened but I’d hate to go on! Next up we are off to World Youth Day in Madrid in August, this promises to be a once in a lifetime pilgrimage so...bring it on! 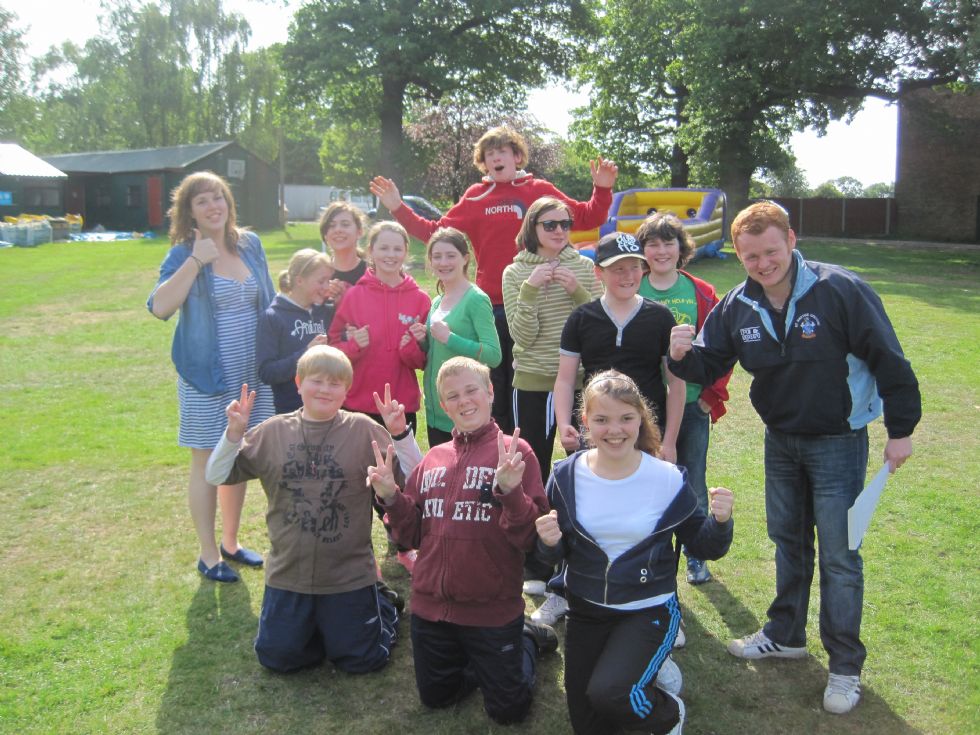