On Saturday 24th March a group of young Catholics ventured to Wembley arena for Flame congress, the first event of its kind to be held in Britain. Young Catholics travelled from across the country for a day of reflection, music and inspirational talks. Around 8 thousand young people attended the day.

On Saturday 24th March a group of young Catholics ventured to Wembley arena for Flame congress, the first event of its kind to be held in Britain. Young Catholics travelled from across the country for a day of reflection, music and inspirational talks. Around 8 thousand young people attended the day. 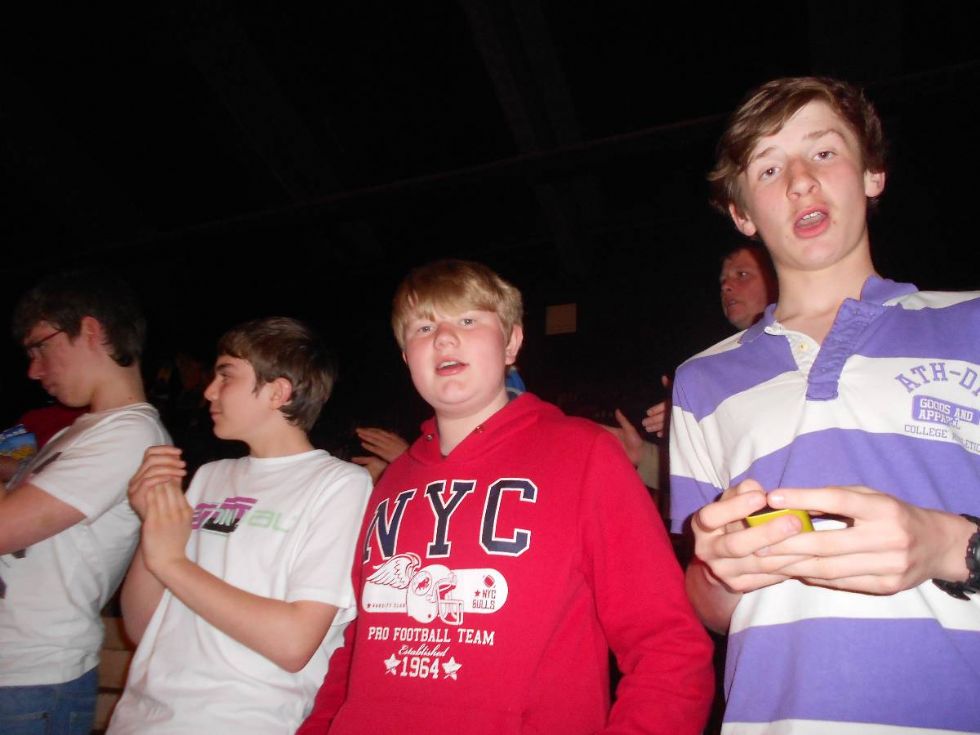 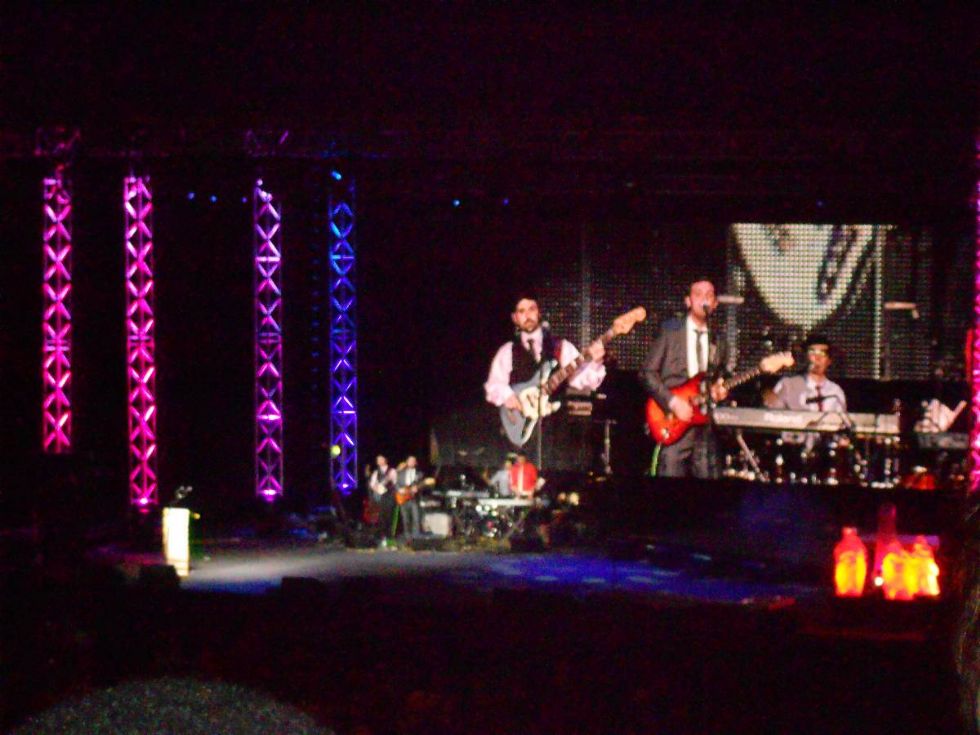 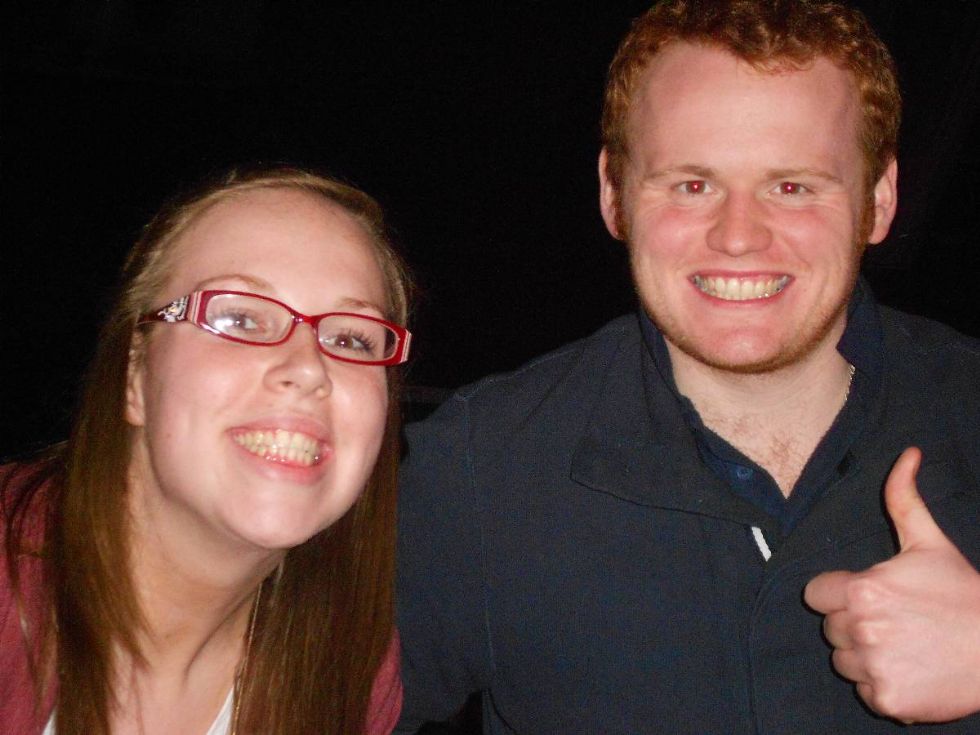 We arrived at Wembley in glorious sunshine just in time for the start of the congress. The atmosphere in the arena was electric and the day kicked off (literally) with dance, drama and music, led by Edwin Fawcett. We then began with the opening liturgy and reflected the words of St. Paul to Timothy, ‘I am reminding you to fan into a flame the gift of God that you possess’. We spent the day thinking and reflecting on the values of the Olympics, we were guided through friendship, respect and excellence. We heard powerful testimonies from past and present Olympians and Paralympians about how their faith has helped them become the best in their field, got them through difficult times and shaped the kind of athletes they have become. 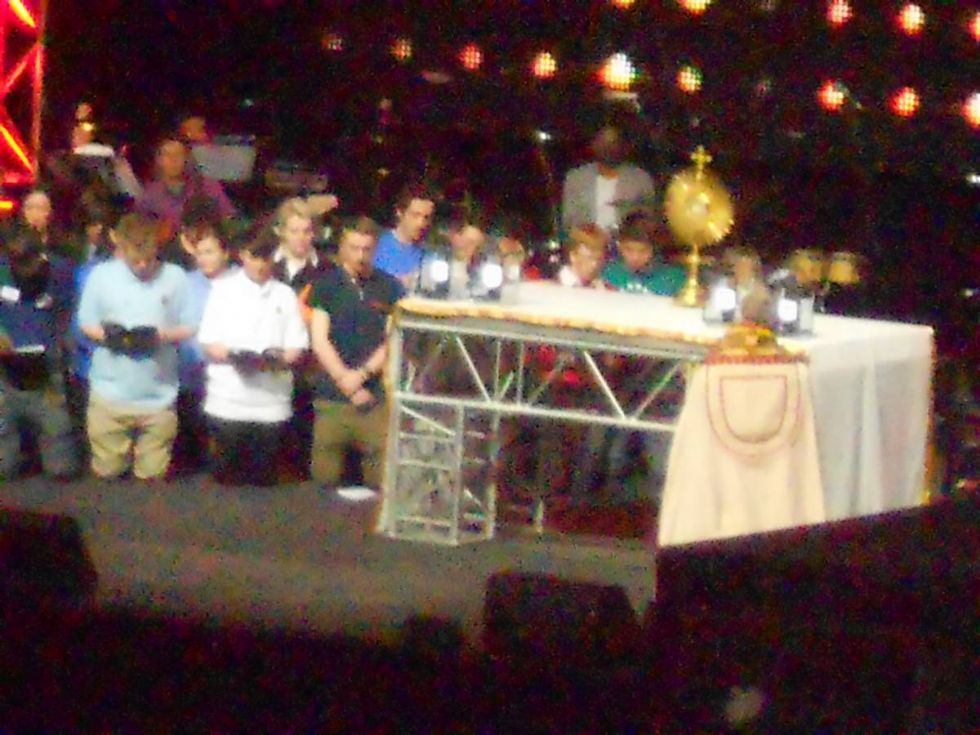 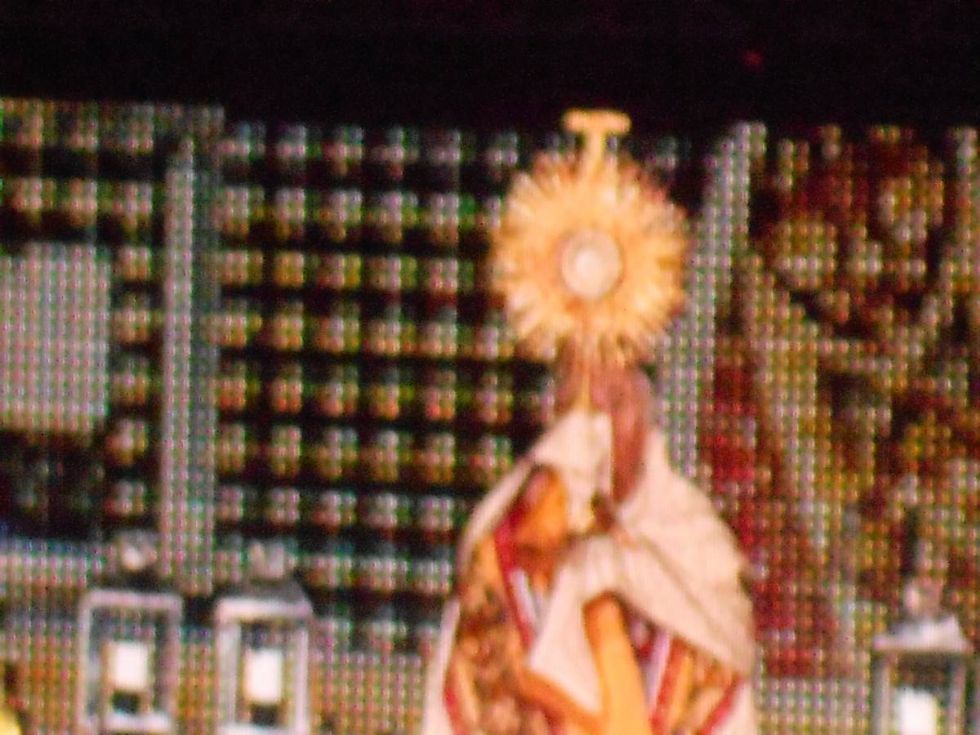 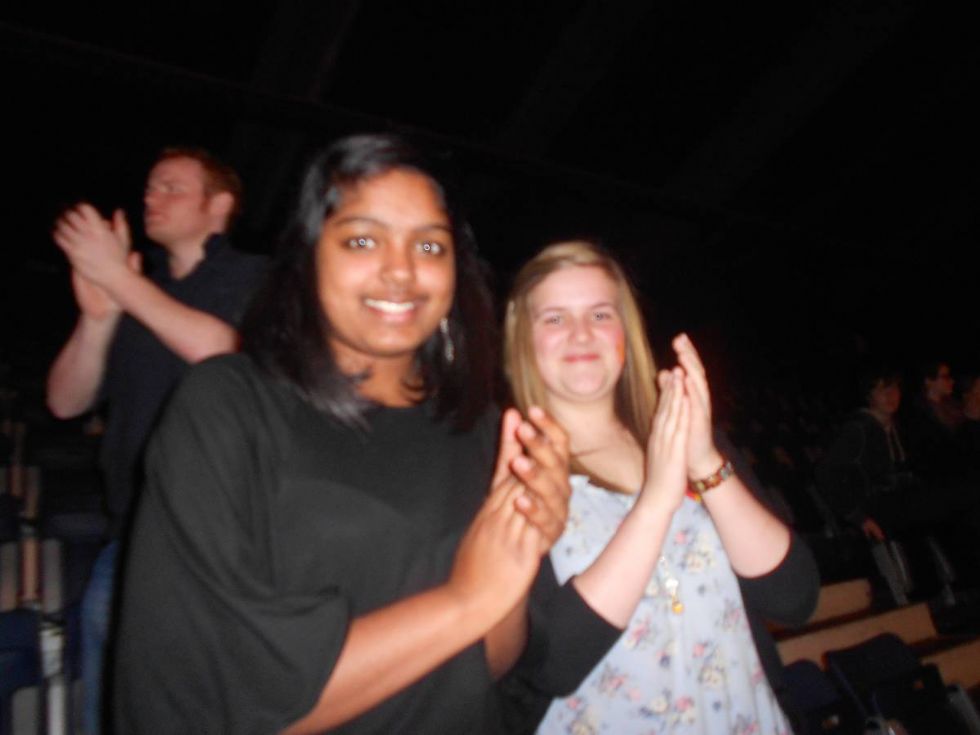 Our MC’s for the day were David Wells and Paschal Uche, they shared their own insights and reflections which gave the talks more meaning. We heard key note talks from Fr. Timothy Radcliffe OP and Fr. Christopher Jamison OSB.

Bishop Kieran Conry, Bishop for Youth said, ‘It’s not always easy being a catholic, and certainly not a catholic by yourself. But today is a reminder of what being a catholic means. It means that we are not isolated, we are not just individuals, we are part of a family of believers, whose mission is to try and bring about the reality of the family of humanity, one people saved in Christ’. 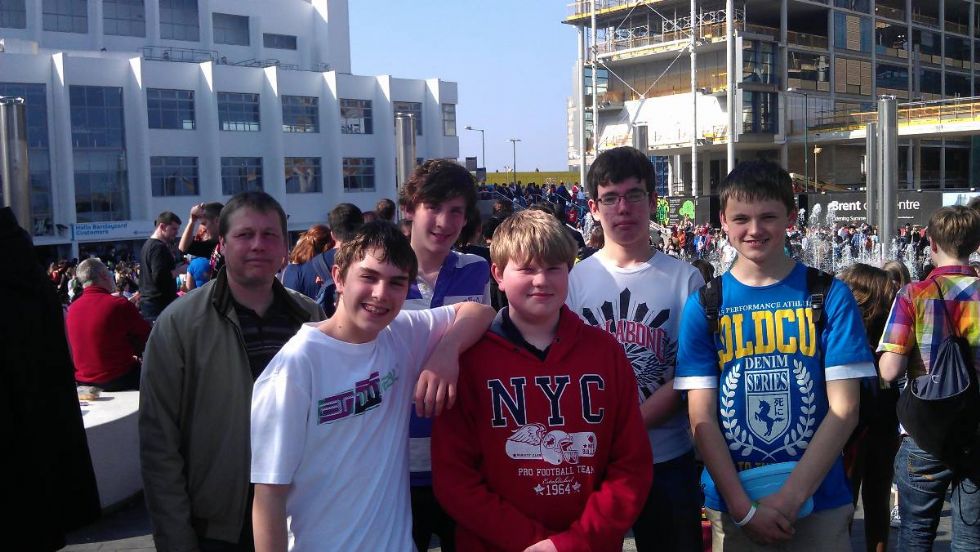 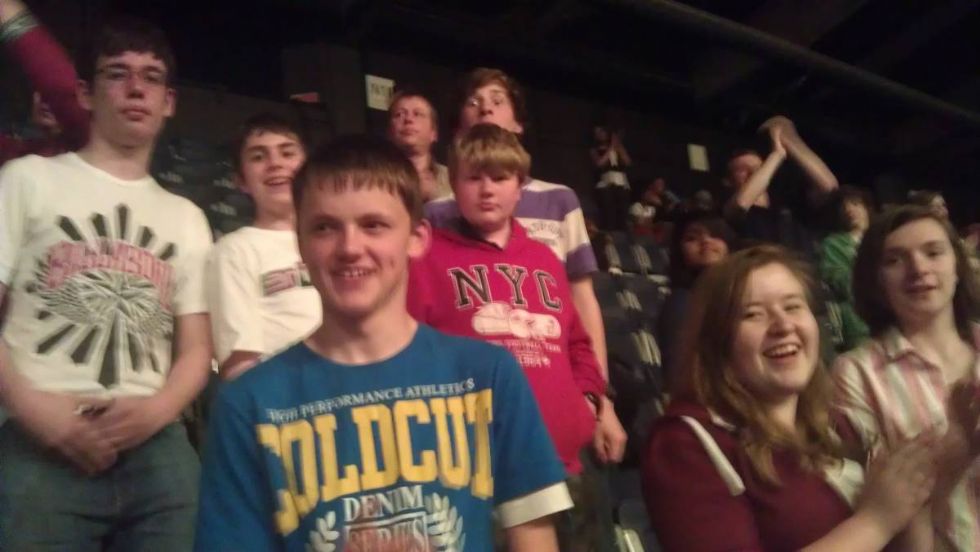 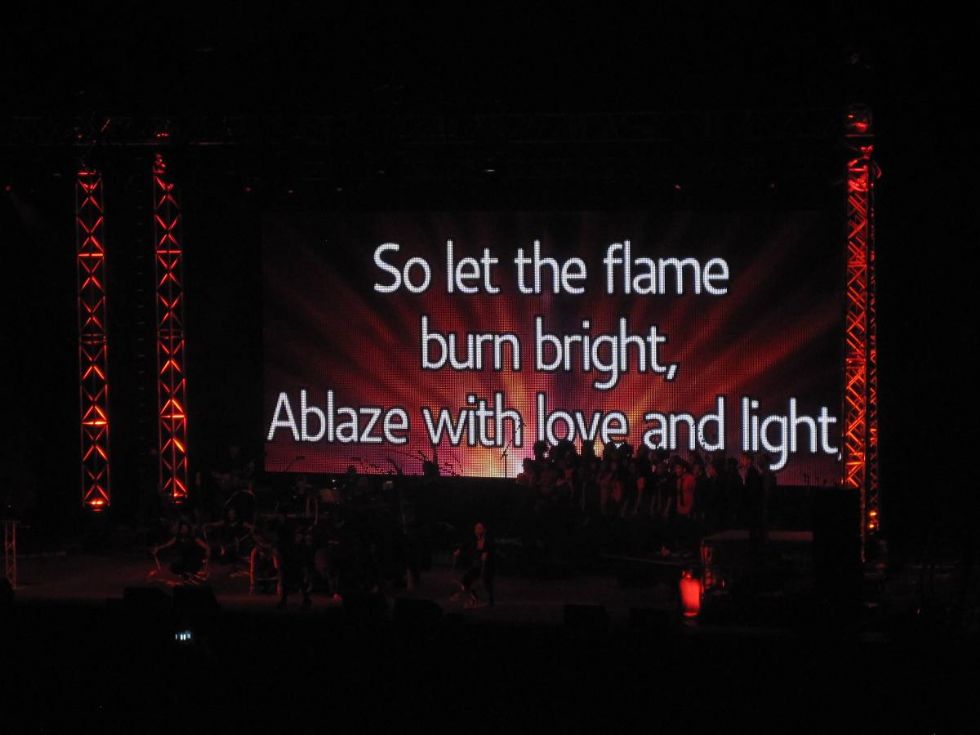 In the afternoon we were joined by Archbishop Vincent Nichols, Archbishop of Westminster for Eucharistic Adoration. For a lot of the young people this was the most powerful part of the day, the silence that filled the arena with the Blessed Sacrament present was simply awesome, the prayerful atmosphere was a really powerful feeling. Archbishop Vincent gave a very moving homily to the young people, ‘You are God-given, precious, loved and lovable. You do not need to conform to someone else’s image of perfection; instead, look deeply within, pray, discover and recognise your gifts and talents and then live them. A wonderful Saint Francis de Sales, said, ‘be who you are. Be it well. And all for the Glory of God.’ 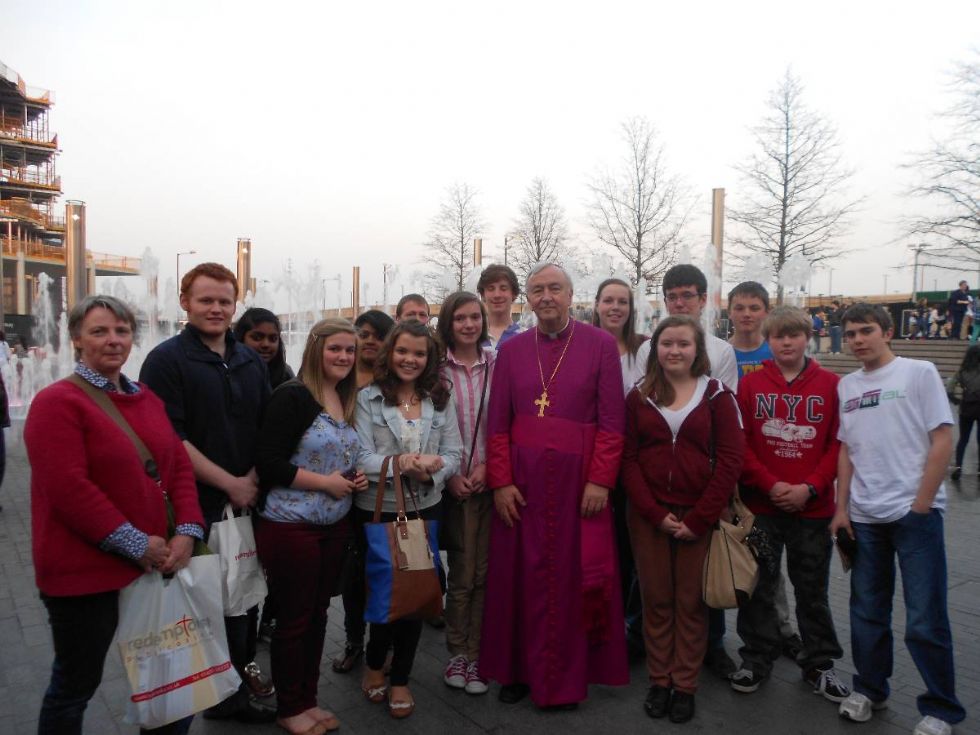 Some of the young people’s favourite parts of the day:

‘I thought the silence was amazing, to get 8 thousand young people silent and praying was just awesome!’

‘My favourite part was the Archbishops homily; it felt personal, like he was talking to me.’

‘I loved the Glee mashup of hymns with ‘normal’ songs that was really good.’