On 16th October 2011, Pope Benedict XVI announced the Year of Faith which is to run from Thursday, 11th October 2012, until 24th November 2013, the Solemnity of Christ the King. To coincide with the announcement, the Holy Father issued an Apostolic Letter called Porta Fidei ('The Door of Faith') in which he formally proclaimed and explained the Year of Faith. Pope Benedict has called the Year of Faith to strengthen Catholics who go to church, reach out to those who have left but still yearn for God in their lives, and to offer a response to those who are searching for meaning and help and those who think they do not need God.

Several year of faith events have already taken place within the deanery including a talk by Fr. Andrew Berry from Belmont on the teachings and life of John Paul II, this was also in Polish as a way of outreach to the Polish community in Herefordshire. Fr. Stephen Fawcett who is the director of Soli House a retreat centre in Stratford part of the Birmingham diocese gave a talk entitled ‘The God I don’t believe in’. In the future we have a talk by Fr. Andrew Pinsent, who is Research Director of the Ian Ramsey Centre for Science and Religion at Oxford University, a member of the Theology Faculty, a Research Fellow of Harris Manchester College and a Catholic priest of the diocese of Arundel and Brighton. Fr. Pinsent has a first class degree in physics and a D.Phil in high energy physics from Merton College, Oxford, three degrees in philosophy and theology from the Pontifical Gregorian University in Rome and a further Ph.D. in philosophy from Saint Louis University. He is also a member of the United Kingdom Institute of Physics and a tutor of the Maryvale Institute in Birmingham. This talk will take place at St. Mary’s on Monday 15th April at 7:00pm. 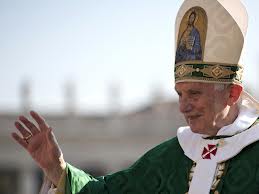