Both U12 girls and boys futsal teams qualified for the Herefordshire School Games Futsal Finals.

Both U12 girls and boys futsal teams qualified for the Herefordshire School Games Futsal Finals.  The games were played at Point 4 on Friday 13th March.  Girls faced matches against Whitecross, Lady Hawkins and Weobly.  They faced a tough match against Whitecross which they played well in but unfortunately lost.  The girls really improved their game and secured a win against Lady Hawkins and Weobly.  The girls did themselves and the school proud and were runners up in the tournament.

The U12 boys team faced matches against Whitecross and Lady Hawkins, they play each team twice.  Their first match was against Whitecross where they played well but lost.  After their first match the boys also improved their game and convincingly beat Lady Hawkins in both matches and lost out to Whitecross again losing out by just 1 goal.  Overall in the tournament they did a fantastic job and represented the school well and were runners up in the tournament.

Well done to both teams, they both played really well and we saw great improvement throughout the tournament.  Well done. 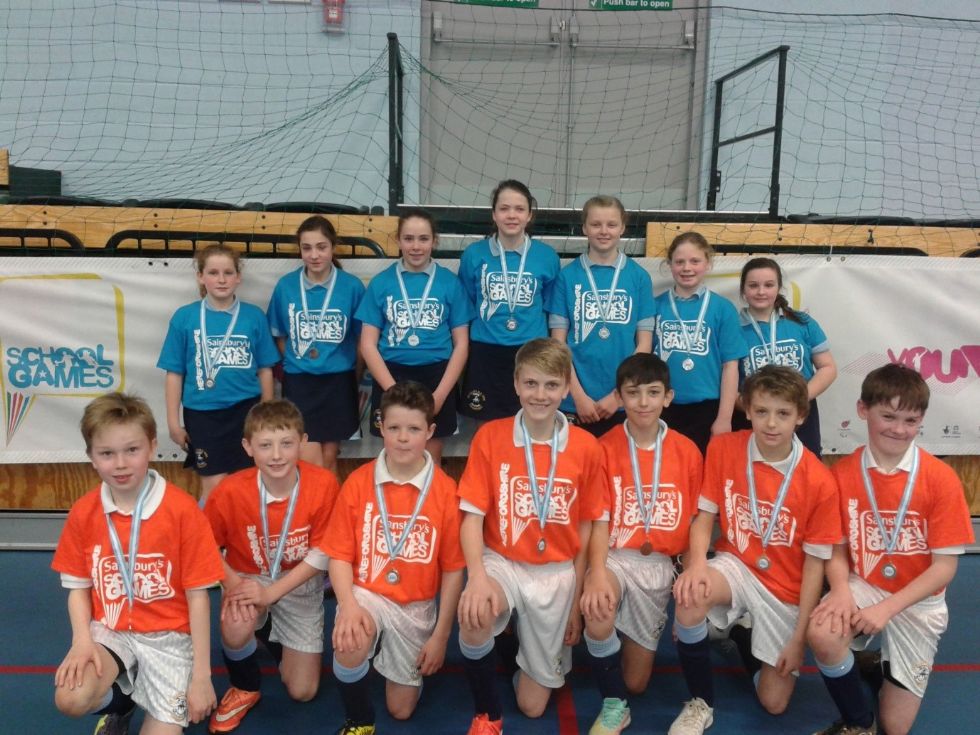