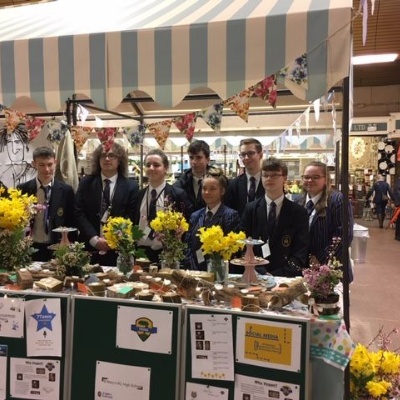 On Saturday 9th March a group of Year 10 pupils and a group of Year 9 pupils were involved in two competitions. The Year 9s competed against 6 other schools in the mock trial competition at the magistrates court. They did really well and although as a team they didn’t win the overall competition some individuals did win prizes. Fantastic effort from all of the pupils.

The Year 10 Young Enterprise team were busy selling their wooden key rings and vegan candle holders. They had a great day at the Buttermarket and they made £300. The team were interviewed by judges and won the award for the Best Trade Stall. They are now preparing for the final on Wednesday 3rd April. I am confident they will do really well and hopefully progress to the next round.