The many episodes and set pieces, as well as the big production numbers were a joy with brilliant vocals from a talented cast who certainly captured the humour of the play. The audience were fully engaged, clapping and singing along to "Fat Sam's Grand Slam", "Bad Guys", "So You Wanna Be a Boxer?", "Down and Out" and the unforgettable finale "You Give a Little Love".

Congratulations to the many staff and students who were involved in preparing the production over many weeks. In addition to the many singers, dancers and actors on stage, credit must also be given to the flawless technical crew, the busy and reliable stage hands and managers, those who designed and constructed such a wonderful set, the inventive choreographers, the costume makers who really captured the fashion of the era and the incredible musicians, as well as anybody else who contributed in whatever way to the success of the show. There are too many people to mention by name but a special reference should be made of the show’s director, Ceri Robins and musical director, Greg Thomas: both worked tirelessly to ensure that this was an inclusive, valuable and entertaining project.

And so, after long rehearsals and glowing reviews, the show has closed. In the words of the waitress; “Look pal, the food counters closed, the bar is closed, my eyes are closing. In fact, the whole joints closed” Until the next time……

We have put together some photos that are available to order, please choose the number of the photo that you want from the collage below and order via parent mail. 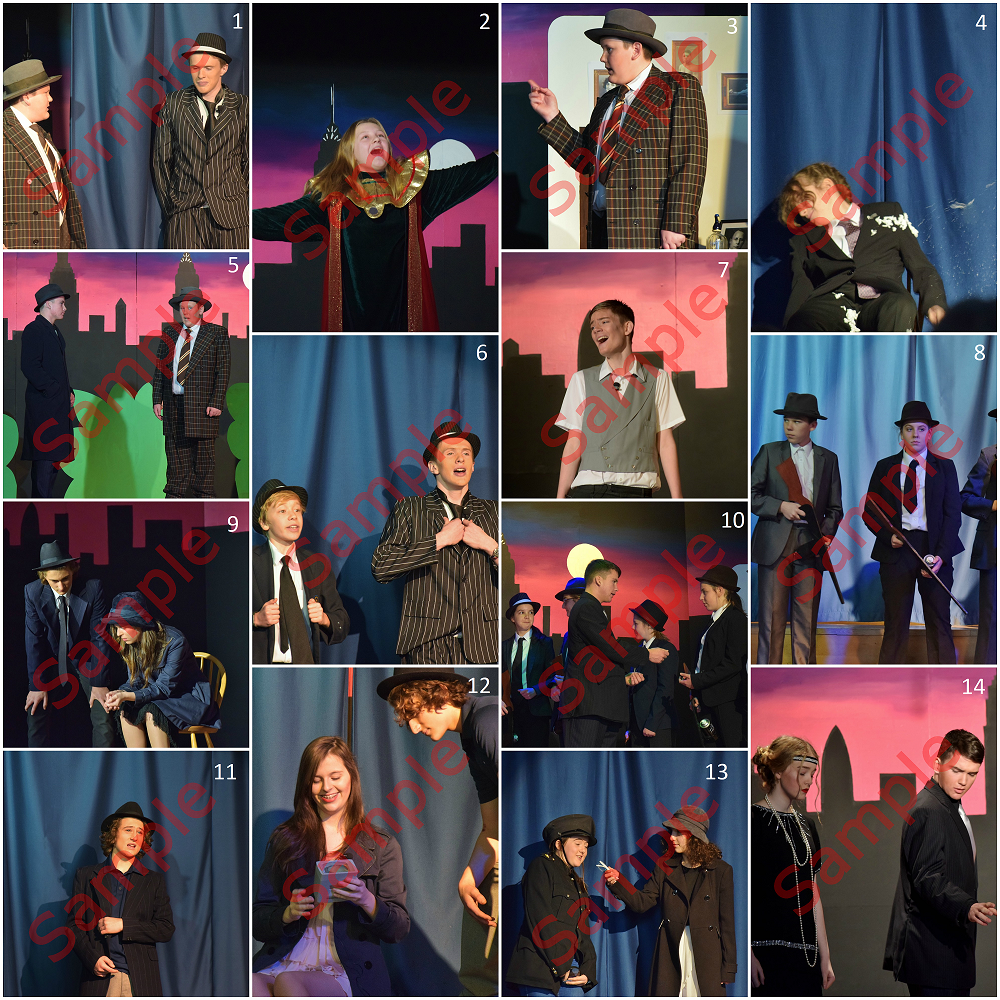 View the gallery of photos here!