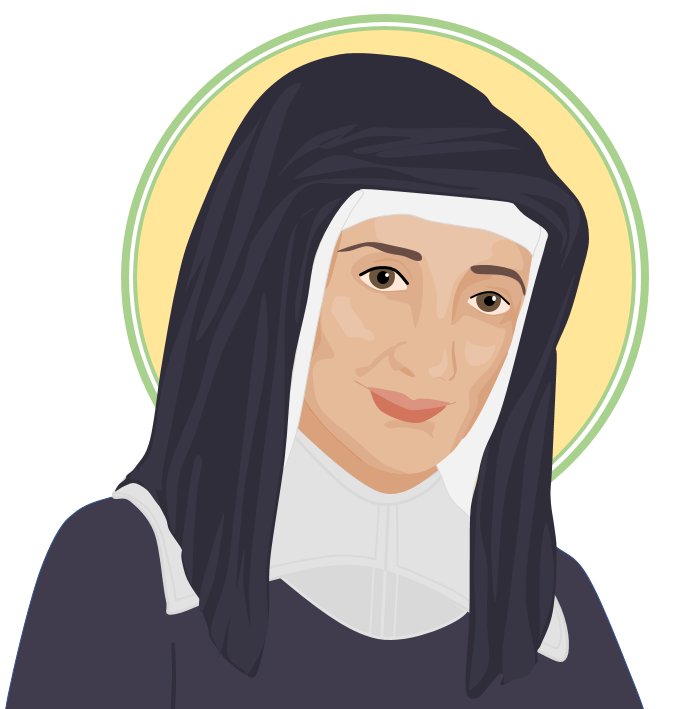 " The Charity of Christ urges us."

Who Was St. Louise?

At the age of 22, Louise married Antoine Le Gras, a person of great political power.  Shortly after, they were blessed with a baby boy. Although she performed with ease and charm of the duties of her  high position, she never cared for the privileged life.  A few years later, Antoine Le Gras fell ill and died, leaving her a widow at age 34 with a son just 13 years old.

In the following years, Louise de Marillac met St. Vincent de Paul, who after meeting, quickly became her spiritual adviser. Seeing what was possible, and her power to serve, Louise devoted her life to working Vincent, helping to direct his ‘Ladies of Charity’ in their work of caring for the sick, the poor, and the neglected. As this developed, together they formed the Daughters of Charity and took her vows in 1634. She travelled all over France establishing her Sisters in hospitals, orphanages, and other institutions. By the time of her death in Paris on March 15, the Daughters of Charity worked in fifty different locations in France. Since then they have spread all over the world.

We celebrate with great joy the faith and works of St. Louise de Marillac.

Instill in us the fire of her love, the tenacity of her belief, and the tenderness of her care for the most abandoned.

Draw us together into the light of your presence and help us to trust in the power of your Spirit,

leading us ever closer to you.