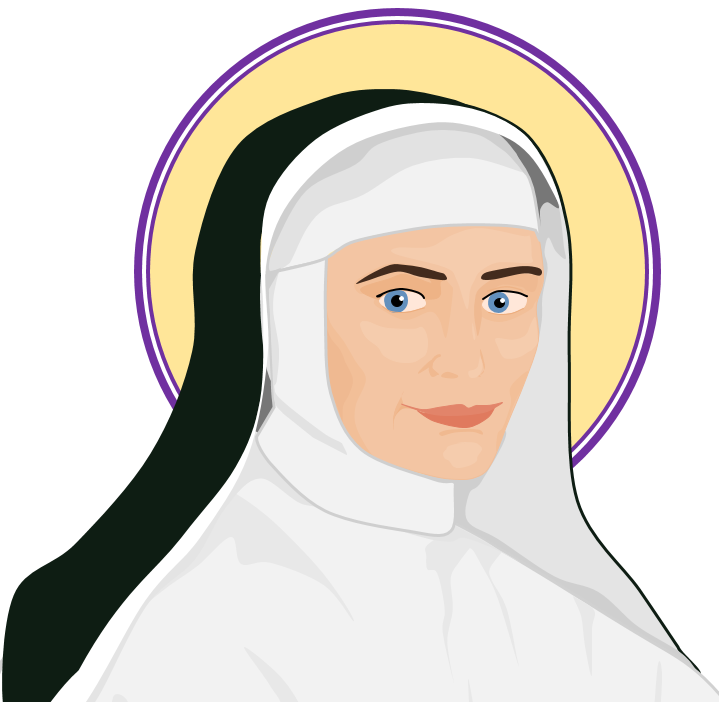 let us love Him to the end of our lives

and we will be sure

to possess Him forever in heaven."

Who Was St. Jeanne?

In 1787, at the age of 22, Jeanne entered the congregation of the Daughters of Charity, hoping to live a life of prayer, community life and service to the poor.

During the French Revolution in 1793, all Religious orders were banned and their members dispersed throughout the country.  Jeanne was ordered home to a secular life but she refused, and tried to escape the authorities.  She was captured and beaten badly taking her months to recover.  This did not deter Jeanne from continuing her work as a Daughter of Charity, namely caring for the sick, the poor and those wounded during the Revolution.

They urged Jeanne to return to France and to take in young women and train them in caring for the sick and educating children. Jeanne accepted the request and was able to return to France in 1799 where she opened a school, a dispensary, and a soup kitchen for the poor in Besançon. With this small group of helpers, Jeanne founded a new Congregation of the Sisters of Charity to maintain and develop these works.

In 1819, the Pope approved the Rule of Life, a book she wrote as a guide for the women who followed her.  In fact, the Rule of Life is still used today by the Sisters of Charity of St. Jeanne Antide.

Patron of:       Sisters of Divine Charity

We have heard the voice of our neighbour throughout the world

we have heard the voice of the poor, who are members of Christ

and our brothers and sisters wherever they may be,

they are equally dear to us.

Remember to consider only Christ in the person of the poor.

Serve them always as you would serve Christ himself

that is to say with humility, respect, compassion and charity.

Our compassion for them has made us deprive ourselves

even of the necessities of life so as to meet their needs.

Now, all we can do is weep with the poor.

Serve Christ in the person of the poor.